A legendary terroir, prestigious neighbours, a providential encounter: the history and the success of Château Clerc Milon are summed up in these three words. The terroir is that of Pauillac, where some of the world’s finest wines are made. The neighbours are Mouton and Lafite, illustrious First Growths whose nearby vines can be seen from the terrace of the Château. The encounter was with Baron Philippe, who in 1970 acquired the then badly neglected estate and decided to restore it to its status as a Classified Growth.

Now, thanks to Baroness Philippine, Clerc Milon, one of the most highly regarded châteaux in the Bordeaux region, can boast technical facilities and reception areas worthy of its reputation. 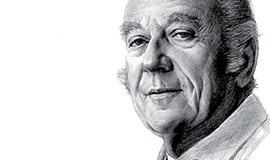 Bearing the stamp of his constant personal commitment, spirit of independence and visionary genius, the long reign (1922-1988) of Baron Philippe de Rothschild, poet and man of action, was marked by a series of key decisions, some of which would revolutionise the world of wine. A man of culture and action, Baron Philippe de Rothschild
successfully combined an appreciation of beauty with a practical cast of mind.